The Finch In My Brain

The foreward I wrote for Martino Sclavi’s book:

It is eerily joyful to write a foreword to Martino Sclavi’s book The Finch in My Brain, because five years ago I accepted that he was going to die. Not in a cosmic ‘You gotta go sometime’ way. No, I observed the face of the man in the white coat in the Kaiser Permanente Hospital as he held up a grim grey scan of Martino’s brain. ‘That dark area is the tumour,’ he said. It was big. I mean, Tino has a big brain, as you’ll discover when you read his book, but this malignant shadow, this dark fist, pushed the hemispheric boundary that runs through the brain into a dreadful bend.

‘Is he going to be alright?’ I asked.

That’s when the man in the white coat did the face. He pulled his lips tight, his face tensed, his eyes were soft and certain and he tilted his head in a manner that brought the unbounded, rolling, taken-for-granted friendship of Martino into a sharp, tearful pinnacle. This was a face that they surely don’t teach in Med school, but must be learned by the frequent conveyance of morbid news.

That night five years ago was as dark and grey as the scan. Sudden mortifying gluts that stained my mind as indelibly as the darkness that grew inside Martino’s.

And yet here is the book he has written, having somehow decided not to die. You are reading a book written by a dead man. 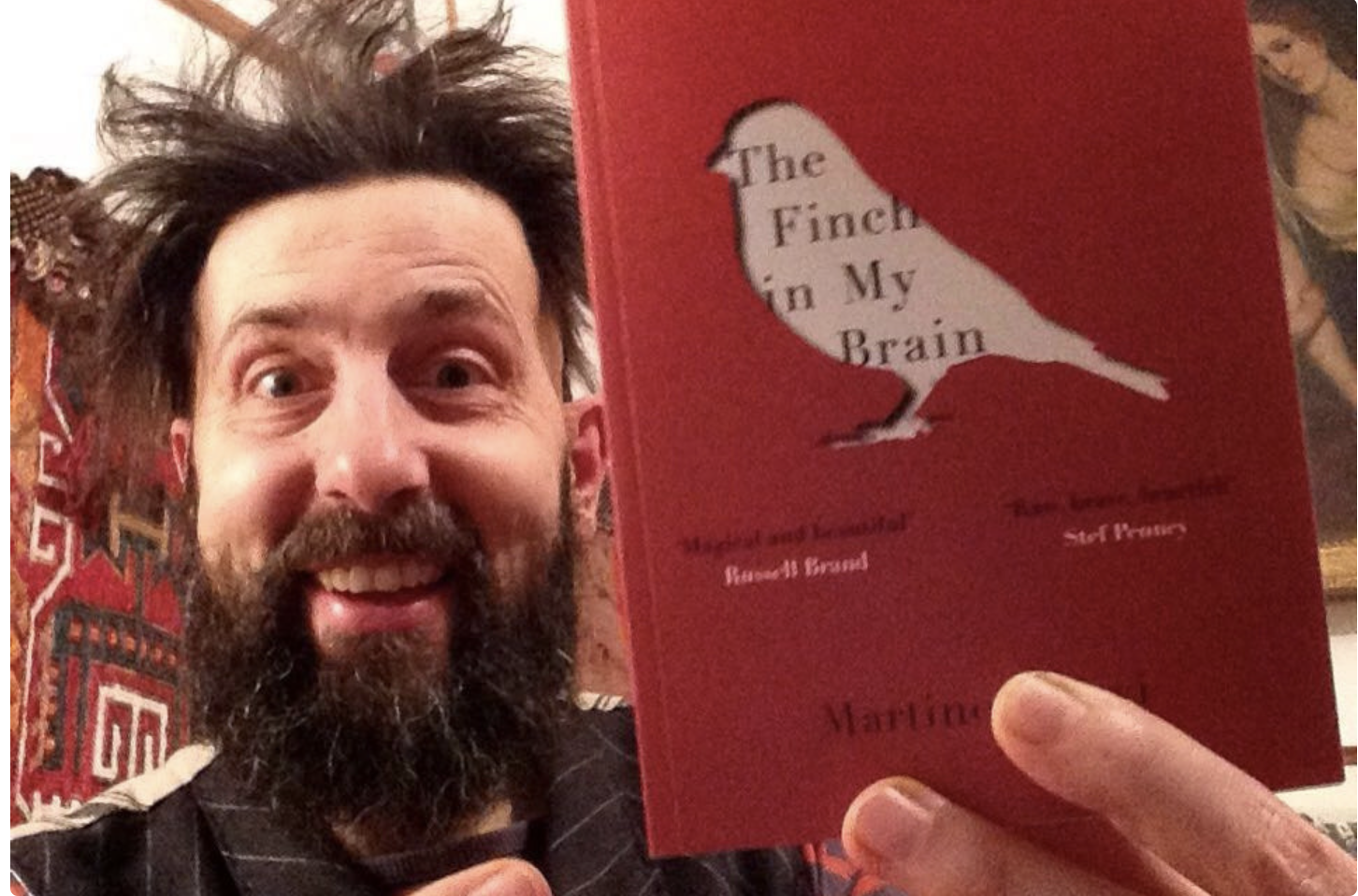 I grieved for Martino when I saw that doctor’s face. I grieved for the man who had been a friend so highly valued that I couldn’t conceive how to pay the emotional price when the bill arrived that day. Alone in a funereal cubicle, I made the vertiginous adjustment. A man who would always put me first, always find solutions

to my problems, always deal with the maelstrom in my head, had been suddenly recast as the centre of the universe. Like we shared a brain and his took the bullet.

In the years that followed I watched with wonder as Tino repaired the tissue in his mind, learned to live without being able to read, lost his marriage, underwent brain surgery while awake (for fuck’s sake!?), went from a highly cultured, over- educated, five-language-speaking, three-degrees-in-everything, having an encyclopedia of opinions on communism, sculpture, movies, Cuba, opera, the whole damn shebang, to a gentle, mindful shaman quietly watching with a light beyond words in his eyes. Plus he wrote a book, this book.

That day, that doctor’s face, alone in that cubicle, that was the last time I cried. Now whenever I see Martino I am reminded of how little I know of life and death, how little I know of anything, compared to him. How we don’t know what is within us or what may lie on the other side. I have always believed there’s something. More than ever after what Tino has done. I hope it’s as magical and beautiful as this book, written by a dead man.