“It’s coming home” has become a summertime idiom, replacing “Hello” as my standard greeting, the “Under His Eye” of this heliocentric inversion of the Hand Maid’s hell in which we are all now blissfully residing.
This World Cup has created, as festivals are supposed to, a temporary utopia, this rare and beautiful English summer, scored by an entirely new English football experience. Hard and even foolish to unpick the alchemy that has led to this welcome and unfamiliar joy, but here goes;  the lack of ‘hooliganism’ long known as the ‘English disease’, the gently blended team of adorable millennials and most prominent of all, of course, Gareth Southgate.
Who is this new knight? This sleek and kind-eyed ‘New Dad’? A man who prior to the tournament we were willing to dismiss as a stop-gap eunuch, a finger in the dyke till the next brash, brusque, brooding or cold don could be ushered in at high cost.
Gareth Southgate who comforts the players of opposing teams when they miss from the spot, who credits Roy Hodgson for groundwork done, who gives props to Joe Hart for saves made in forgotten qualifiers. Fuck the waistcoat and his own scuffed and drizzling miss in ’96, what is the psychology of this gently modern leader? Cut back to Teresa May, drawn by Quentin Blake, with a headache or Boris Johnson, a man whose name perfectly describes him; a resonant fart boofed in a hollow toilet, hoky-coky-ing in and out of the cabinet, and yet the most natural leader of our unwilling conga of a government; a party that Danny Dyer neatly describes as ‘twats’.
They form the perfect shadow to our present joy; disparate, cunning, self-serving and hopeless. No one I know cares about them. We ignore this spate of preening self slaughters in the news, but like the first clammy pangs of food-poisoning we know the week’s grim idiocy will at some point inflict more painful symptoms. But for now we are living in celebration of something more real.
The unity that football brings, sometimes it seems that only football can bring is mysterious. Where was the latent joy in which we now bask on June 14th? The ulterior waves of good will and connection lay dormant until stirred by the common ceremony of Russia 2018. Where will this spirit go in a week when this glorious event is over? When all the public squares resume their eyes-down silence? In these atomised and broken times of walls, fissures and fractures the space between us is being filled by the jolly melancholy of Three Lions. 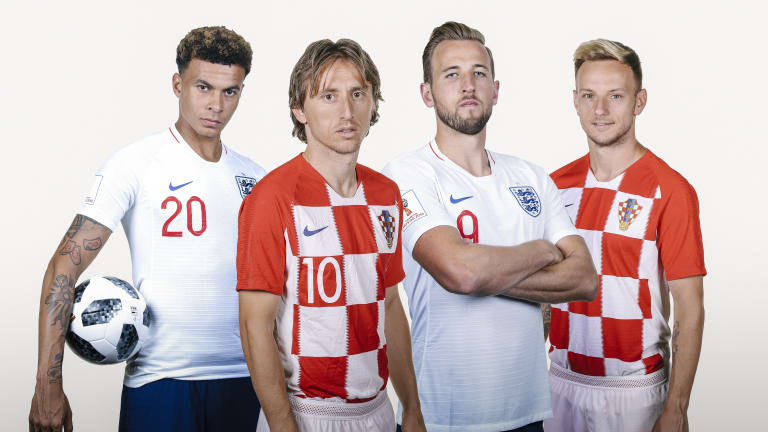 In ’96, the first time this song took off, there was no online culture, no memes for people to personalise and revive anthems. This cut n paste folk movement is evidence of a vitality that could spill into other areas of public life. I’ve always had faith in football culture, thought it could reach beyond the ultras and the ultraviolent. Liverpool FC (“As hot as hell”) have always, due of course to their painful 80’s tragedies, been the most mobile and vociferous top flight English club, unitedly pursuing justice for the victims of Hillsborough for decades, callused by grief into an effective force for retention of fan power. When price hikes were proposed the Anfield congregation could move as one to oppose them, Spirit of Shankly, orchestrated a 10,000 fan mid-match walk out and the scheme was dropped.
Witness the giddy (just about) harmless IKEA riot after England’s win against Sweden. Part flash mob situationism, part ‘schools-out’ revelry, look closely and you will see how close to anarchy we are. One swallow don’t make a summer and a few bounced beds and a jaunty song in a retail space aint a revolution but the ingredients, the raw, raw, roaring ingredients are there in abundance. Sport is sanitised war. Whether England’s progress is the luck of the draw, strategy, or a touch of the divine, Southgate’s handling of it is beautiful. It’s nice to see a good man do well. It’s nice to see young footballers talking about mental health, it’s nice to see Fabian Delph go home for the birth of his baby, because ‘It’s only football’ after all.
This has been astonishing, whatever happens against Croatia. Whether coming up against a decent clutch of Real and Barca stars and a good midfield is enough to undo this English carnival of inclusion, or, Jesus, Muhammed, Buddha, Pure Consciousness, great abyss permitting we reach a final, a World Cup final! To relive those sepia days in the rich and vivid now. Our superstitions and rituals, those weird ‘maths’ memes you see, all pointing here, to victory. To England vs France, Agincourt rebooted, the ten thousand man army that is M’bappe and Pogba versus the long bows of Kane and Trippier. For week’s we’ve dared to dream, and sing and lightly greet in sunlit streets, with open patriotism, from the ‘fuck off home’ of ethno-nationalism, to the ‘It’s coming home’ of an optimistic new England, Albion, Arcadia, a poetic land of knights and chivalry, and never forget that unity is love and love is unity. That feeling that Ross Kemp bawls through the phone is love, those silly kids bouncing precariously close to the edge of IKEA beds are high on love. Gareth Southgate, managing England with a spirit of kinship and earned and kindly Kingship, is love.
In a few days when this is all over and all that’s left of June and July is May and Johnson, remember how it felt when we looked at each other and loved each other. Remember that this is your home.