I’ve been thinking about Robin Williams a bit recently. His manager Larry Bresner told me that when Robin was asked by a German journalist on a press junket why the Germans had a reputation for humourlessness that Williams replied, “Because you killed all the funny people.”

Robin Williams was exciting to me because he seemed to be sat upon a geyser of comedy. Like he didn’t manufacture it laboriously within but had only to open a valve and it would come bursting through in effervescent jets. He was plugged into the mains of comedy.
I was aware too that this burbling and manic man-child that I watched on the box on my Nan’s front room floor with a Mork action figure (I wish I still had that, he came in a plastic egg) struggled with mental illness and addiction. The chaotic clarity that lashed like an electric cable, that razzed and sparked with amoral, puckish wonder was in fact harvested madness. A refinement of an energy that could turn as easily to destruction as creativity.

He spoke candidly about his mental illness and addiction, how he felt often on a precipice of self-destruction, whether through substance misuse or some act of more certain finality. I thought that this articulate acknowledgement amounted to a kind of vaccine against the return of such diseased thinking, which has proven to be hopelessly naive.

When someone gets to 63 I imagined, hoped, I suppose, that maturity would grant an immunity to adolescent notions of suicide but today I read that suicide isn’t exclusively a young man’s game. Robin Williams at 63 still hadn’t come to terms with being Robin Williams.

Now I am incapable of looking back at my fleeting meeting with him with any kind of objectivity, I am bound to apply, with hindsight, some special significance to his fragility, meekness and humility. Hidden behind his beard and kindness and compliments was a kind of awkwardness, like he was in the wrong context or element, a fallen bird on a hard floor.

It seems that Robin Williams could not find a context. Is that what drug use is? An attempt to anaesthetise against a reality that constantly knocks against your nerves, like tinfoil on an old school filling, the pang an urgent message to a dormant, truer you.
Is it melancholy to think that a world that Robin Williams can’t live in must be broken? To tie this sad event to the overarching misery of our times? No academic would co-sign a theory in which the tumult of our fractured and unhappy planet is causing the inherently hilarious to end their lives, though I did read that suicide among the middle-aged increased inexplicably in 1999 and has been rising ever since. Is it a condition of our era?

Poor Robin Williams, briefly enduring that lonely moment of morbid certainty where it didn’t matter how funny he was or who loved him or how many lachrymose obituaries would be written. I feel bad now that I was unduly and unbefittingly snooty about that handful of his films that were adjudged unsophisticated and sentimental. He obviously dealt with a pain that was impossible to render and ultimately insurmountable, the sentimentality perhaps an accompaniment to his childlike brilliance.

We sort of accept that the price for that free-flowing, fast-paced, inexplicable comic genius is a counterweight of solitary misery. That there is an invisible inner economy that demands a high price for breathtaking talent. For me genius is defined by that irrationality; how can he talk like that? Play like that? Kick a ball like that? A talent that was not sculpted and schooled, educated and polished but bursts through the portal, raw and vulgar. Always mischievous, always on the brink of going wrong, dangerous and fun, like drugs. 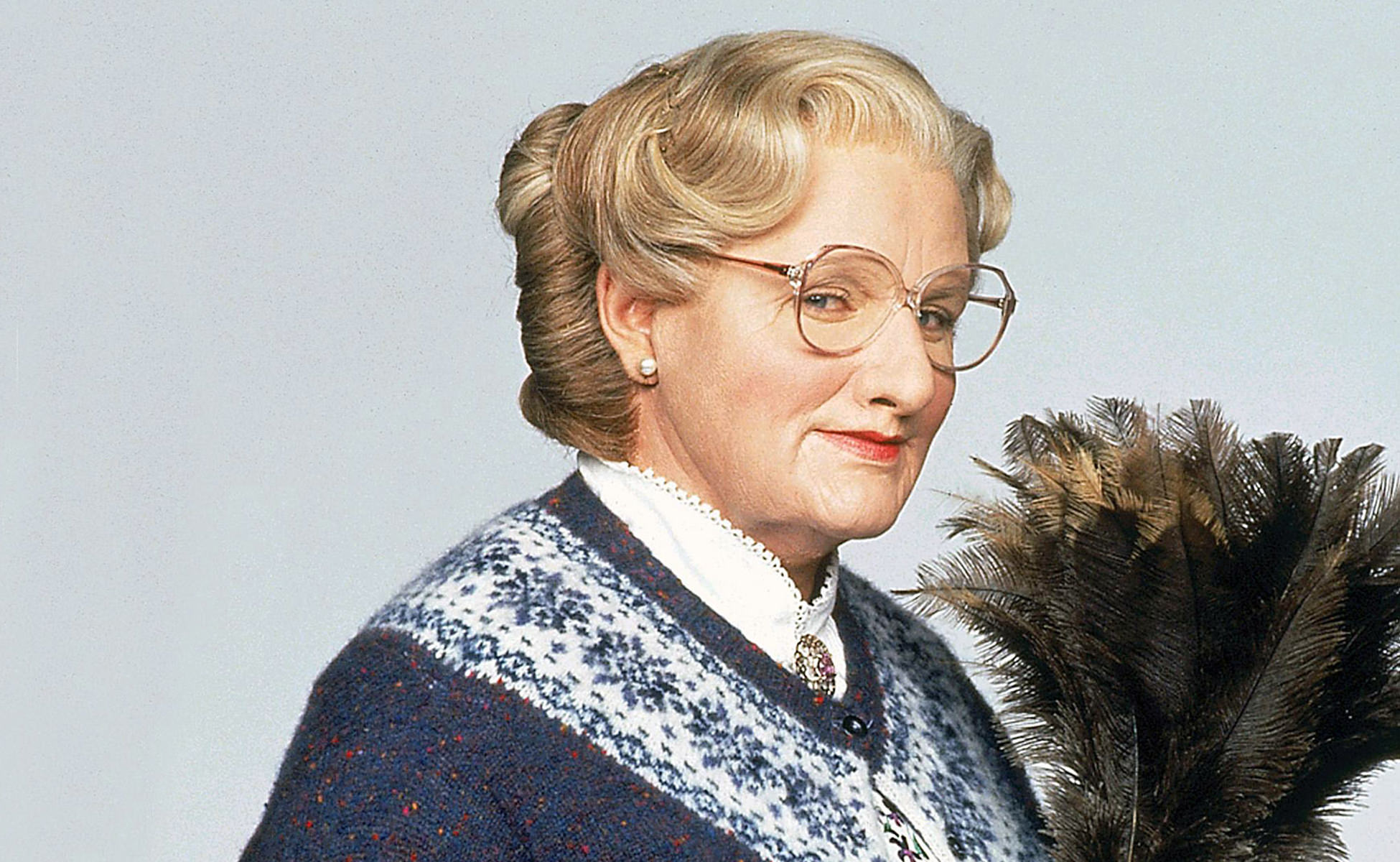 It didn’t matter how funny he was

Robin Williams could have tapped anyone in the western world on the shoulder and told them he felt down and they would have told him not to worry, that he was great, that they loved him. He must have known that. He must have known his wife and kids loved him, that his mates all thought he was great, that millions of strangers the world over held him in their hearts, a hilarious stranger that we could rely on to anarchically interrupt, the all-encompassing sadness of the world.

Today Robin Williams is part of the sad narrative that we used to turn to him to disrupt.

What platitudes then can we fling along with the listless, insufficient wreaths at the stillness that was once so animated and wired, the silence where the laughter was? That fame and accolades are no defence against mental illness and addiction? That we live in a world that has become so negligent of human values that our brightest lights are extinguishing themselves? That we must be more vigilant, more aware, more grateful, more mindful? That we can’t tarnish this tiny slice of awareness that we share on this sphere amidst the infinite blackness with conflict and hate?

That we must reach inward and outward to the light that is inside all of us? That all around us people are suffering behind masks less interesting than the one Robin Williams wore? Do you have time to tune in to Fox News, to cement your angry views to calcify the certain misery?

What I might do is watch Mrs Doubtfire. Or Dead Poets Society or Good Will Hunting and I might be nice to people, mindful today how fragile we all are, how delicate we are, even when fizzing with divine madness that seems like it will never expire.