Skip to content
Jeremy Corbyn Won’t Be Perfect, But He Has The Qualities I Want In A Strong And Stable Leader

Jeremy Corbyn Won’t Be Perfect, But He Has The Qualities I Want In A Strong And Stable Leader

Jeremy Corbyn Won’t Be Perfect, But He Has The Qualities I Want In A Strong And Stable Leader. You know I never actually said “don’t vote”? I said “There’s no point in voting when the main political parties are basically indistinguishable and the relationship between government, big business and factions of the media make it impossible for the democratic will of the people to be realised”, which is a more nuanced point and plainly true. Anyway, that was then and this is now.

Since then we have had a revolution, and not a pleasant one, a nostalgic backward lunge into an imaginary world where economic disparity and social fragmentation are concealed by a flag, draped across the truth like a patriotic tablecloth. The late Zygmunt Bauman had a phrase for this phenomenon – ‘retrotopia.’

Compared to the buffet of neo-liberal homogeneity that we chewed through in 2015, the possibility of voting for a politician that offers change seems oddly exotic. Jeremy Corbyn has somehow been in politics for decades with his integrity perfectly preserved, like his much derided beard has functioned as hairy formaldehyde for his principles.

Theresa May has chosen to make this election about ‘personality’ rather than principles, which seems increasingly unwise.

The delirious sycophant that had her ear when they were plotting this smash ‘n’ grab clearly saw Theresa as some kind of female Freddie Mercury set to dazzle voters from the podium rather than a vindictive librarian drawn by Quentin Blake.

Whether it’s the Iraq War or badger-baiting, Corbyn has been allied with common sense and compassion in pretty much every parliamentary argument (assuming you’re not pro war/badger-baiting). Even the more ‘controversial’ stuff in his search history doesn’t hold up to scrutiny – meeting with the IRA; he wasn’t at a barn dance in Londonderry downing Guinness in a balaclava, he was perspicaciously acknowledging the necessity for negotiation in pursuit of a peaceful solution. Which is what happened, years later. You could say that he was ahead of his time. Or a leader.

The spin after his statement about the conditions that exacerbate terrorism was telling too. ‘We need to look at new ways of tackling terrorism’ when repurposed became ‘Britain is to blame for the Manchester bombing.’ We are beyond doublespeak and into a hegemonic narrative singularity. Dr Brad Evans says:

It’s as if George Orwell never existed – to think critically about terror is to endorse it, to oppose nuclear arms makes you a pansy. 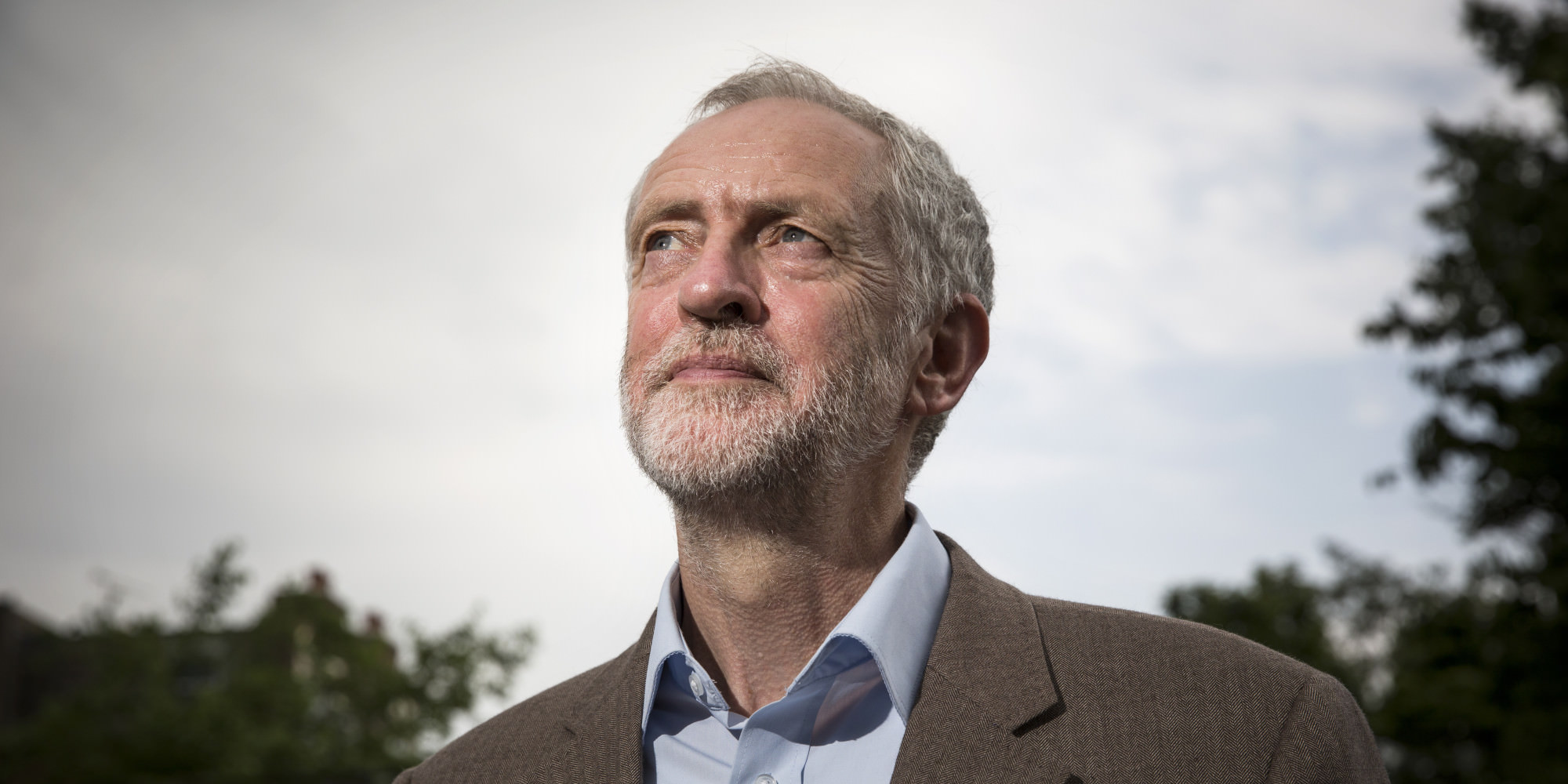 I’m paraphrasing, the point is that ‘strength’ is reduced to one, violent, incontestable weltanschauung.

Corbyn has been in the game a while and knew that what he said would be warped in order to stoke fear but said it anyway. Why? Integrity and trust that people can discern truth from propaganda. Qualities I want from a strong and stable leader.

It seems we have forgotten that politics can offer hope and change. We think that elections must be between two barely distinguishable parties, fronted by leaders that look like they could be in the same ‘Now That’s What I Call Democracy’ tribute act.

A glance across the Atlantic demonstrates what happens when the left rejects the popular emergence of a caring socialist leader in favour of the well-groomed centre. Denied the opportunity for meaningful change, the American people went for the sugar rush high you get from pushing the ‘fuck it’ button.

Those clamouring for a more centrist leader in America got what they deserved, they got Donald Trump.

Anger leads to bad decisions. When angry and afraid we make choices that hurt us. It’s time for those of us that are well-off to make some (pretty modest) financial sacrifices, and for those that aren’t to vote in the interest of themselves and their communities, and they (we, they, we?) know, deep down, that that isn’t a party so hungry for power that it swallowed Ukip whole and is now belching the consequences into our faces.

A Labour government won’t be perfect, it will be operating within a system that opposes its new, manifest agenda to serve the people it will be elected to govern. Jeremy Corbyn won’t be perfect, he is a human being. We have a chance to elect a politician who is committed to serving the people of Britain. To supporting the NHS, public services and educating the young people to whom the future belongs.

Electing the Tories for another five years, to throw the opportunity for change into the distant indeterminate wasteland of 2022 would be an act of collective self-loathing bordering on mass sadomasochism.

We must have some faith in humanity, some faith in one another, some hope that we can build a better society together, rather than burrowing downward from the gutter to whatever circle may be propping up hell. We must recognise compassion, kindness and communication as virtuous strength, not ‘mutton-headed’ weakness.

This election, called in a cynical attempt to further punish the real people of this country in the service of a privileged few, could be more than a chance to make voting mean something. It could be a chance for ordinary people to take back our country, it could be a revolution.