The whole joint is a deeply encoded temple of hegemonic power

What does the slung about, bounced around adage that “Politics is show-business for ugly people” actually mean?

I suppose that the narcissism and self-interest that motivates many entertainers is what lurks behind the ashen, jowly facades of most politicians. That politics is bereft of altruists, philanthropists and idealists but instead throbs and bristles with stunted show offs, who granted flatter abs and cuter noses would be jiving and caterwauling on Britain’s Got Talent or staring with glum vacuity down the barrel of a camera in a mock corridor in Holby City.

This pith squirt stings because we want our politicians to be motivated by high ideals and compassion and not to secretly seethe every time Harry Styles impeccably saunters through the public mind with hair that gently binds his scalp to the heavens and mankind to the angels.

When I met Caroline Lucas MP, the member for Brighton Pavilion, in an electromagnetic instant I was assured that I was in the company of a high caliber individual. For a start, and I suppose this shouldn’t matter, she’s attractive and could probably, if she so chose feature in Downton Abbey as a highly prized and conscientious scullery maid. Or she could’ve been in Pan’s People in the 80’s.

However when Pan’s People were sashaying around on Top of The Pops, no doubt with one nervous eye on the curiously gurning host, Caroline was at Greenham Common campaigning for nuclear disarmament. Caroline has a legitimate background in activism and on meeting her it is clear, the way it’s always clear, that she is a good person. We know, don’t we, instantly when under the tutelage of a good teacher, we feel it in the timbre of their voice, we can feel the subtle, invisible flow of their good intention. Similarly when held in some schoolroom Beirut, the captive of a gin blossomed pedagogue who barrages his hostages with a spit-flecked, halitosis tempest we recognise a system gone awry. Sat in a plastic chair, chained to the radiator knowing, beyond intelligence, beneath experience that the howling goon at the front of the room spluttering chalk dust and dogma did not care what we learned, only yearned, as we yearned for the bell and The Bells.

With all authority figures we can intuit intent. You can always tell when pulled over by the old bill if you’re in the vindictive grip of an impotent tit, working through his own playground trauma by waving his truncheon in your direction. What a joy it is when you come across a copper who’s just a person like you muddling through life, doing their job trying to do what’s right. You take a nicking on the chin when dispensed by a decent fella.

The whole joint is a deeply encoded temple of hegemonic power. John Lydon, erstwhile of The Sex Pistols once said of his state education that it seemed to primarily be the installation of a belief system that placed his generation and class at the bottom of an immovable hierarchal structure “look at all these amazing people” his teacher said of Shakespeare, Churchill, Brunel and Keats “they’re great and you’re not.” Luckily it turned out he was, but this format of designating power beyond the reach of ordinary people is shockingly visible in the Houses Of Parliament, a place which nominally represents our power actually demonstrates it’s absence.

I was being shown around first by Melissa Gurumurthy who works for Caroline Lucas, then by a bloke called Derek who does security there. His knowledge of the building, its numerous incredible artworks and history, far outweighed the dilettantish witterings I endured from Melissa (who obviously I fancy). My favourite bits of Derek’s Parliamentary wander were; a clock that’s literally priceless “that means no insurance company will take on the burden of insuring it” said Derek, my mate Gee, on the tour with me retorts “could say the same thing about my old Capri.” In the House Of Lords there are two thrones one for the monarch and another for their plus one. The Queen’s is (an all important) quarter of an inch taller. Philip must sit there fuming; in the context of marriage a quarter of an inch is a big deal. Also in The Lords amongst the phalanx of red leather benches is a solitary seat curbed by an armrest provided for a perpetually drunken Lord (hence the saying?) who required it to prevent him tumbling soused onto the hallowed ground.

There too on the table where orators stand, including Churchill who made his near mythical speeches here, not in the Commons which was being repaired after bombing (apparently there was a war on). There are fist shaped divets ground into the wood. Legend has it that it was the signet ring that Winston wore that carved the table in urgent pumps as he pounded out great gob-fulls of history. All this elegant data was gleaned from Derek who is present in Parliament solely to prevent argy-bargy.

This next was my favourite morsel. I literally heard one bloke, a Tory stood at the front near that mace, where Betty Boothroyd used to be, it’s a bloke now, this Tory went “They should be sent home to prisons in their own countries” I thought “yep, that’s the sort of stuff I expect to hear”. Validating in its adherence to stereotyping; like hearing an Aussie holler “throw another shrimp on the barbie mate”. Cliché saves us from thinking. Melissa now observed that our beautiful surroundings, you’ve all seen them on the telly, (you could go and have a look, a security man downstairs said anyone can come “it’s surprising people don’t bother”) the green, leather benches, the relentless oak paneling, the Hogwarts fugue all look the same as the halls and chambers of Oxford University. Or Cambridge. Or Eton. These great monuments to privilege and power all deploy a consistent design and symbology. A symbology which is alien to the majority but comfortably familiar to the privileged few. When most of us are in these rooms we feel daunted and belittled, remember, “they’re great and you’re not” but the bloke up the front near the mace has spent his whole life in rooms like that, schools like that. The fact is though that it is an illusion. The power has to be so articulately asserted because it isn’t there. The power is within us, the people.

Around the modest gallery where the ladies would sit there is a knee-high velvet curtain to shield the eyes of the Lords from the inadvertently revealed ankles of the watching women. In this we see the way institution must bow to nature, how chauvinism is manifest. A curtain has to be installed to prevent men at work from ogling women’s foot bones. Were all the pomp and grandeur indicative of any actual substance it would be enough to say to these divine, governing beings “don’t stare at the bird’s legs, you’re meant to be running the country” presumably they tried that and it didn’t work – the Lords just continued to salivate and stare, the running of blighty relegated to a distraction form their blue-blooded erections, till one day the maintenance people, the Dereks of the day thought “fuck it, we’ll put a curtain up”. This demonstrates what we actually all know; the people that run our country are no different from us, flawed and flailing they flummox and flounder their way through the day. Melissa momentarily interrupted her deference to Derek with one astute observation as we sat in the gallery of The House Of Commons. Behind the thick, glass paneling installed in response to “The Father’s For Justice” purple paint ejaculation into the power paddock below some years ago, we sat and watched the harrumphing. 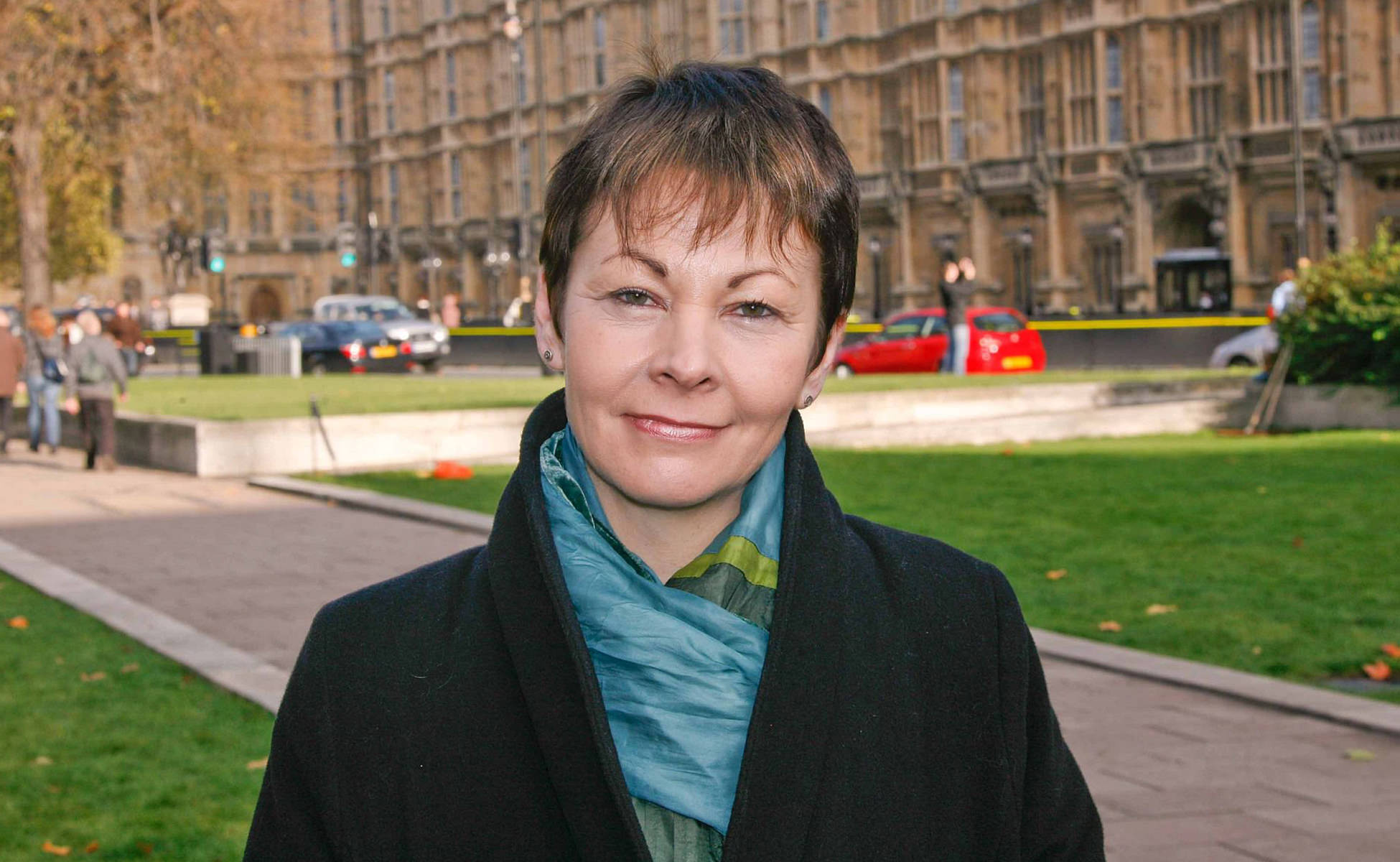 We can at any time elect to ignore that power, or overthrow it

The reason I was in Parliament to meet Caroline Lucas, a person who is there, oddly, for the stated function of the place – to represent us, is because she is proposing that the government investigate the efficacy of their current drug policy. The prohibition of narcotics, the criminalisation of addicts, the prescription of methadone and the demonisation of people in the grips of an illness. Of this I can speak first hand. In all my years as a junkie I never encountered an addict who was persuaded to stop using by their drug’s legal status. “What?! This is illegal? Oh no! I’ve been taking it EVERYDAY!!!” Drug addicts don’t care that drugs are illegal, it’s irrelevant. If you’re addicted to drugs, you are going to get drugs at any cost. This is not a moral quandary but a physical necessity. My belief is that the only way to help drug addicts is to get them off drugs and to help them stay clean one day at a time. It is a lot harder to do this if they are regarded as degenerate from the get go. It skews our perspective. But what do I know? Perhaps what the government is doing is working, a thorough study will reveal how effective current drug policy is. That is what Caroline Lucas is proposing.

I’m advocating and I am asking you to support. Let’s look at the evidence and then see what we should do. If we get 100,000 signatures on this online survey then Caroline can push it in the House Of Commons. I’ve signed it, it is a bit boring, it took about 90 seconds but I’m a bit of a techno-div. also it’s against my nature to fill in a survey like a little square, I’d prefer to smash a window or throw some paint but I don’t think it’s the answer. In Caroline Lucas, on this issue and I suspect many others, we have someone in a position of some power who actually cares about things that affect us. She’s not there so that she can get hold of a Cheeky Girl or meet Louis Theroux or get her toes sucked by an equine brass, she is endeavouring to enact the needs of the people.

So please sign this it’s hardly a fait accompli, perhaps the survey will reveal that all is well, that nothing could be improved, in which case we can all relax, watch Britain’s Got Talent, or Parliament on telly and await further instruction from our representatives.