Skip to content
Grenfell tragedy: what does this reveal?

Grenfell tragedy: what does this reveal?

Sometimes there is a news story that has a power that reaches beyond the material facts, even if those facts are in themselves potent. Hillsborough was one. The drowned Syrian toddler another. The discernible reality alludes to a deeper truth and invites us to consider the real meaning.

Grenfell is such a story. The image of a burning tower is loaded with significance both modern and ancient. The facts, the deaths, the suffering are in themselves appalling yet the meaning of this story, due perhaps in part to its timing, is quickly becoming revealed.

Austerity is not frugality, it is brutality. It is violence.

Whilst the Conservatives are in government they are not in power. They are allied with an extremist, minority group with whom their increasingly unacceptable agenda is now shared. The election result and the success of Corbyn’s Labour, I believe is the beginning of an awakening.

This fire, at this time, is a grim omen indeed.

We know that firefighters have long been saying they are not sufficiently funded to adequately do their job. We know that public services are being deliberately eroded and we are beginning to understand that for many years power and wealth has been seditiously syphoned upward. It began in its contemporary form with Thatcher and has continued with successive governments, under a variety of banners ever since. 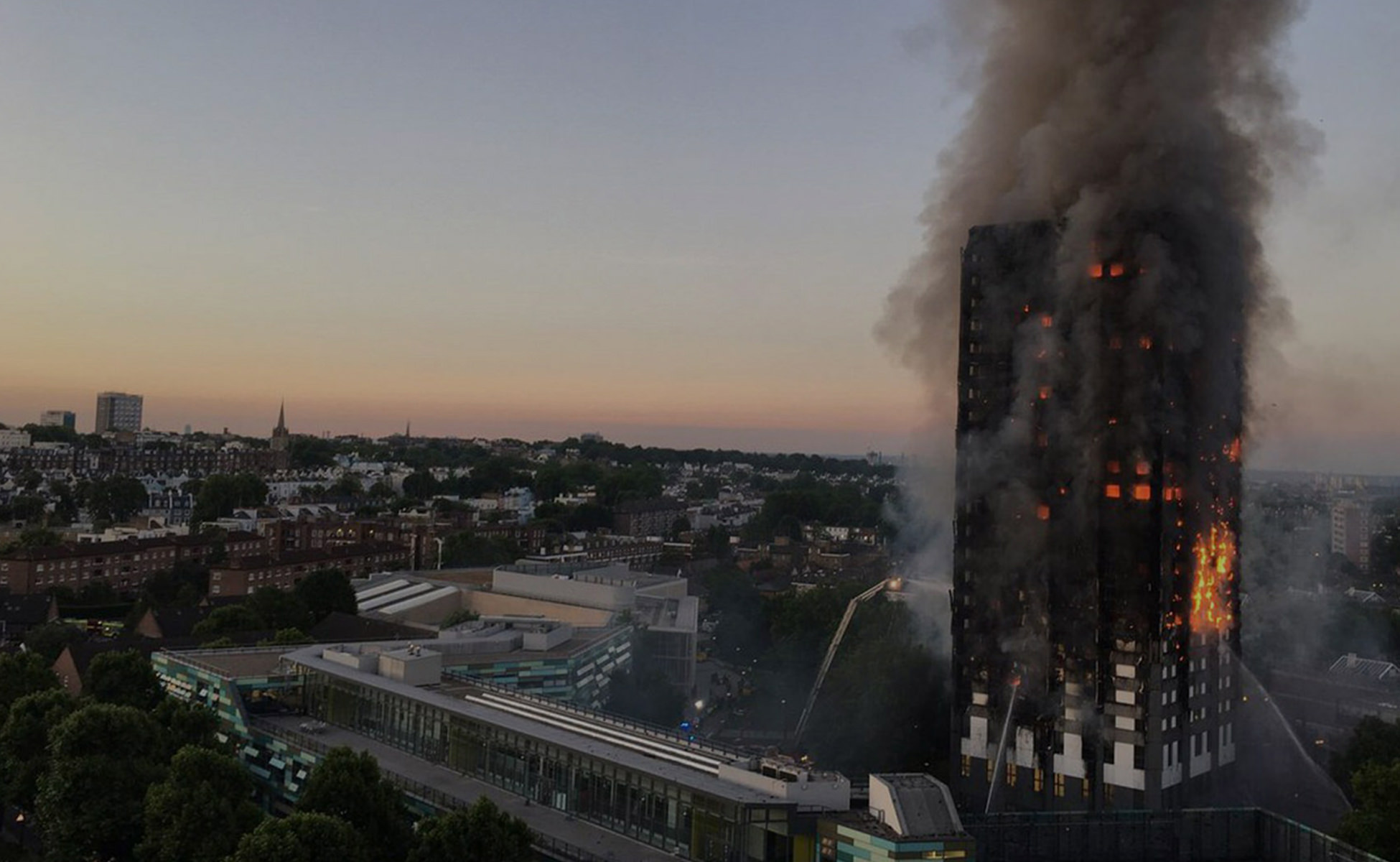 They lied about Hillsborough, they lied for decades but the truth was revealed. Ineptitude, prejudice and corruption killed the 96.

We recognise that the contempt of refugees and gleeful printed cruelty lead to the death of little Alyan Kurdi.

Grenfell has portent beyond even the unthinkable suffering of its victims. It was a pyre of ordinary people whose voices and needs had been ignored. Whose cause had been maligned. The flames of the fire fanned by the constant damnation of this government and its media partners.

If it proves true that the edifice applied to conceal the decay of the building and improve the vista of newly erected luxury apartments exacerbated the fire then we can succinctly decode the dreadful meaning of this awful event.

The Grenfell residents were sacrificed for greed and comfort. This burning tower and the screams of its residents are an urgent call for change.

When I first saw the image, like a well trained citizen, I thought ‘terrorists’. And of course, in a way, it was. Surely for the occupants it felt like terror. Like a horrific assault that they could do nothing about in spite of trying to prevent it. I don’t imagine that as they were immolated they thought “Well at least this fire was caused by corrupt landlords and a complicit government”.

These terrorists can only be beaten by defiance, disobedience and solidarity. By direct involvement in politics and by supporting progressive leaders that want real change and are willing to confront the powerful. Perhaps then this tragedy may have a meaning beyond corruption and neglect, it could be a chance to tear down the facade and face up to the world we are living in.