The last time I thought about taking heroin was yesterday. I had received “an inconvenient truth” from a beautiful woman. It wasn’t about climate change – I’m not that ecologically switched on, she told me she was pregnant and it wasn’t mine.
I had to take immediate action. I put Morrissey on in my car as an external conduit for the surging melancholy and as I wound my way through the neurotic Hollywood hills the narrow lanes and tight bends were a material echo of the synaptic tangle where my thoughts stalled and jammed.

Morrissey as ever conducted a symphony, within and without and the tidal misery burgeoned. I am becoming possessed. The part of me that experienced the negative data, the self, is becoming overwhelmed, I can no longer see where I end and the pain begins. So now I have a choice.

I cannot accurately convey to you the efficiency of heroin in neutralizing pain. It transforms a tight, white fist into a gentle, brown wave. From my first inhalation fifteen years ago it fumigated my private hell and lay me down in it’s hazy pastures and a bathroom floor in Hackney embraced me like a womb.

This shadow is darkly cast on the retina of my soul and whenever I am dislodged from comfort my focus falls there.

It is ten years since I used drugs or drank alcohol and my life has immeasurably improved. I have a job, a house, a cat, good friendships and generally a bright outlook.

The price of this is constant vigilance because the disease of addiction is not rational. Recently for the purposes of a documentary on this subject I reviewed some footage of myself smoking heroin that my friend had shot as part of a typically exhibitionistic attempt of mine to get clean.

I sit wasted and slumped with an unacceptable haircut against a wall in another Hackney flat (Hackney is starting to seem like part of the problem) inhaling fizzy, black snakes of smack off a scrap of crumpled foil. When I saw the tape a month or so ago what is surprising is that my reaction is not one of gratitude for the positive changes I’ve experienced but envy at witnessing an earlier version of myself unencumbered by the burden of abstinence. I sat in a suite at the Savoy hotel, in privilege, resenting the woeful ratbag I once was, who for all his problems had drugs. That is obviously irrational.

The mentality and behavior of drug addicts and alcoholics is wholly irrational until you understand that they are completely powerless over their addiction and unless they have structured help they have no hope.

This is the reason I have started a fund within Comic Relief, “Give It Up”. I want to raise awareness of, and money for abstinence based recovery. It was Kevin Cahill’s idea, he is the bloke who runs Comic Relief. He called me after reading an article I wrote after Amy Winehouse died. Her death had a powerful impact on me I suppose because it was such an obvious shock, like watching someone for hours through a telescope advance towards you, fist extended with the intention of punching you in the face. Even though I saw it coming it still hurt when it eventually hit me.

What was so painful about Amy’s death is that I know that there is something I could have done. I could have passed on to her the solution that was freely given to me. Don’t pick up a drink or drug, one day at a time. It sounds so simple, it actually is simple but it isn’t easy, it requires incredible support and fastidious structuring. Not to mention that the whole infrastructure of abstinence based recovery is shrouded in necessary secrecy. There are support fellowships that are easy to find and open to anyone who needs them but they eschew promotion of any kind in order to preserve the purity of their purpose, which is; for people with alcoholism and addiction to help one another stay clean and sober. 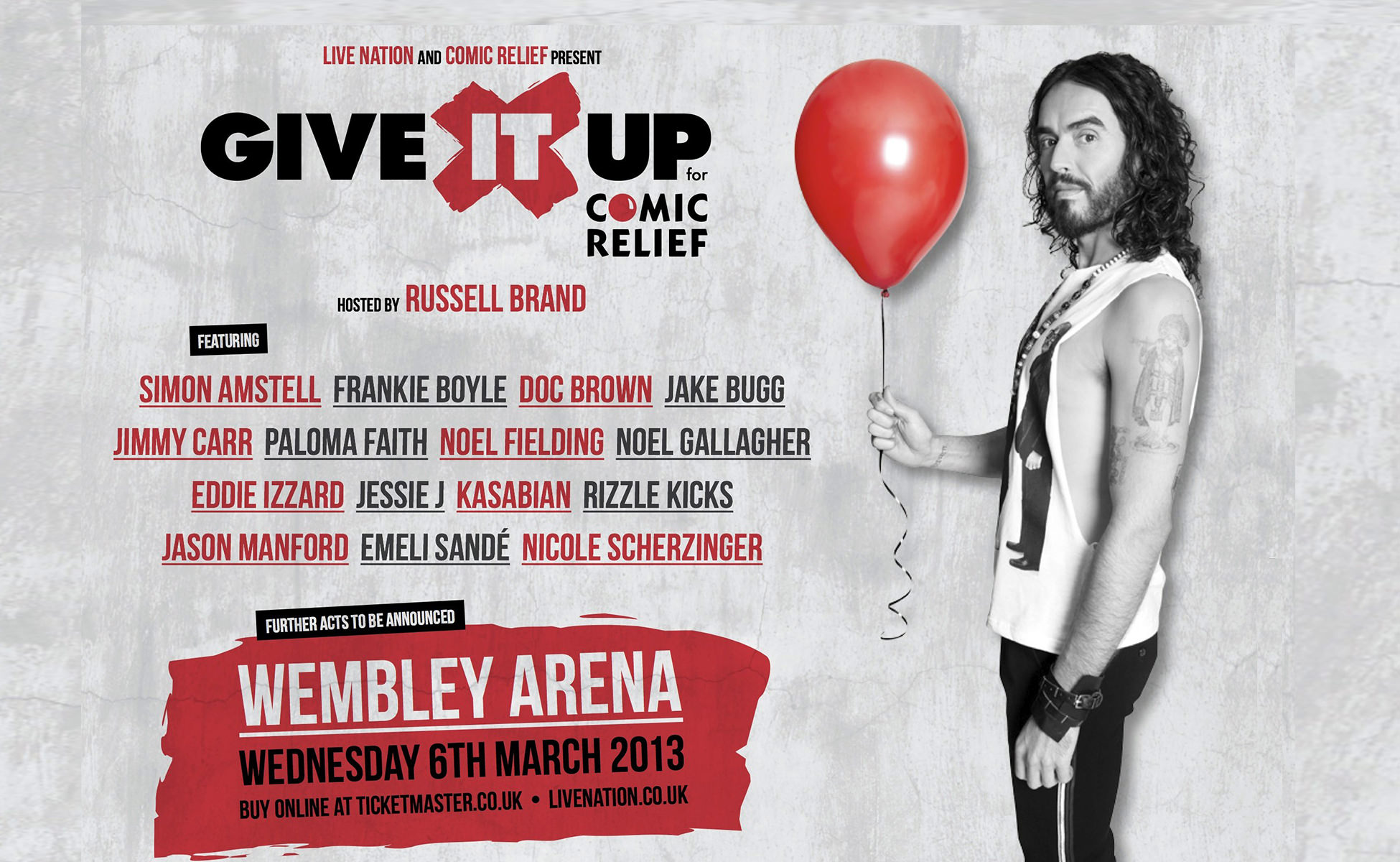 If this seems odd to you it is because you are not an alcoholic or a drug addict. You are likely one of the 90% of people who can drink and use drugs safely, I have friends that can smoke weed, swill gin, even do crack and then merrily get on with their lives, for me this is not an option. I will relinquish all else to ride that buzz to oblivion. Even if it began as a timid glass of chardonnay on a ponce’s yacht it would end with me necking the bottle, swimming to shore and sprinting to Bethnal Green in search of a crack house.

I look to drugs and booze to fill up a hole in me, unchecked the call of the wild is too strong. I still survey streets for signs of the subterranean escapes that used to provide my sanctuary. I still eye the shuffling subclass of junkies and dealers, invisibly gliding between doorways through the gutters. I see that dereliction can survive in opulence; the abundantly wealthy with destitution in their stare. Spurred by Amy’s death I’ve tried to salvage unwilling victims from the mayhem of the internal storm and am always, always just pulled inside myself. I have a friend so beautiful, so haunted by talent that you can barely look away from her, whose smile is such a treasure that I have often squandered my sanity for a moment in it’s glow. Her story is so galling that no one would condemn her for her dependency on illegal anesthesia, but now, even though her life is trying to turn around despite her, even though she has genuine opportunities for a new start, the gutter will not release it’s prey.  The gutter is within. It is frustrating to watch. It is frustrating to love someone with this disease.

A friend of mine’s brother cannot stop drinking. He get’s a few months of sobriety and his inner beauty, with the obstacles of his horrible drunken behaviour pushed aside by the presence of a program, begins to radiate. His family bask relieved, in the joy of their returned loved one, his life gathers momentum but then he somehow forgets the price of this freedom, returns to his old way of thinking, picks up a drink and Mr. Hyde is back in the saddle. Once more his brother’s face is gaunt and hopeless. His family blame themselves and wonder what they could have done differently, racking their minds for a perfect sentiment, wrapped up in the perfect sentence, a magic bullet to sear right through the toxic fortress that has incarcerated the person they love and restore them to sanity. The fact is though they can’t, the sufferer must of course be a willing participant in their own recovery. They must not pick up a drink or drug, one day at a time, just don’t pick up, that’s all.

It is difficult to feel sympathy for these people. It is difficult to regard some bawdy drunk and see them as sick and powerless. It is difficult to suffer the selfishness of a drug addict who will lie to you and steal from you and forgive them and offer them help. Can there be any other disease that renders its victims so unappealing? Would Great Ormond Street be so attractive a cause if its beds were riddled with obnoxious little criminals that had “brought it on themselves”?

Peter Hitchens is a vocal adversary of mine on this matter. He sees this condition as a matter of choice and the culprits as criminals who should go to prison. I know how he feels. I bet I have to deal with a lot more drug addicts than he does, let’s face it, I share my brain with one, and I can tell you first hand they are total fucking wankers. Where I differ from Peter is in my belief that if you regard alcoholics and drug addicts not as bad people but as sick people then we can help them to get better. By we, I mean other people who have the same problem but have found a way to live drug and alcohol free lives. Guided by principles and traditions a program has been founded that has worked miracles in millions of lives. Not just the alcoholics and addicts themselves but their families, their friends and of course society as a whole.

What we want to do with Give It Up is popularise a compassionate perception of drunks and addicts and provide funding for places at treatment centers where they can get clean using these principles. Then, once they are drug and alcohol free, to make sure they retain contact with the support that is available to keep them clean. I know that as you read this you either identify with it yourself or are reminded of someone who you love who cannot exercise control over substances. I want you to know that the help that was available to me, the help upon which my recovery still depends is available.

I wound down the hill in an alien land, Morrissey chanted lonely mantras, the pain quickly accumulates incalculably and I begin to weave the familiar tapestry that tells an old, old story. I think of places I could score. Off Santa Monica there’s a homeless man who I know uses gear. I could find him, buy him a bag if he takes me to score.

I’d leave him on the corner, a couple of rocks, a couple of $20 bags pressed into my sweaty palm. I get home, I pull out the foil, neatly torn. I break the bottom off a Martel miniature. I have cigarettes, using makes me need fags. I make a pipe for the rocks with the bottle. I lay a strip of foil on the counter to chase the brown. I pause to reflect and regret that I don’t know how to fix, only smoke, feeling inferior even in the manner of my using. I see the foil scorch. I hear the crackle from which crack gets it’s name. I feel the plastic fog hit the back of my yawning throat. Eyes up. Back relaxing, the bottle drops and the greedy bliss eats my pain. There is no girl, there is no tomorrow, there is nothing but the bilious kiss of the greedy bliss.

Even as I spin this beautifully dreaded web I am reaching for my phone. I call someone not a doctor or a sage not a mystic or a physician, just a bloke like me, another alcoholic, who I know knows how I feel. The phone rings and I half hope he’ll just let it ring out. It’s 4am in London. He’s asleep, he can’t hear the phone, he won’t pick up. I indicate left, heading to Santa Monica. The ringing stops, then the dry mouthed nocturnal mumble
“Hello. You alright mate?”
He picks up.
And for another day, thank God, I don’t have to.