My New Nationwide Tour Is Here

It was not without significant tribal turbulence that I attended Manchester United’s 2nd leg quarterfinal Champion’s League match against Real Madrid.
Like a twerp I’d requested the tickets from former Hammer Rio Ferdinand (@rioferdy5) via twitter, a lamentable exploitation of fame that elicited a red tide of justifiable online indignation.

I suppose to the digital witnesses I was a bellowing, southern cyber-Stanley Kowalski binarily screeching for further privilege in a public square inhabited by millions. In this analogy, Rio Ferdinand is Stella, at a window, in a nightie. That’s the only reason I’m using it. Nevertheless I went to Old Trafford, in some way heartened by the purity of the truculence, football now having been largely rinsed of it’s scintillating aggression. My mate Nik, who was the reason for my attendance at the crimson Mecca, is a United fan. He’s from Manchester and everything. That’s the only reason I was going.

Football without the accompaniment of burst bubbles

I’ve only been to a few matches that didn’t involve West Ham so I thought I might enjoy the spectacle of football without the accompaniment of tear inducing burst bubbles. But neutrality is not in my nature so before too long I was sort of pretending to be a United fan. Don’t get me wrong, I didn’t cheer or gesticulate; I, Russell, did not and would not support Manchester United under any circumstances, I just pretended to be someone else who did. Like in a sexual role-play where you might (for example) indulge some incestuous fantasy and invite your partner to call you “Daddy”. During that fantasy responsibility is temporarily absolved, as you become a fictional third party, free from consequence. You don’t actually want to be their Daddy, that would be weird. And a lot of responsibility. So hopefully that makes it clear, I would never support Manchester United but I would pretend to be a pervert Dad having sex with an imaginary adult daughter. Imaginary. In the imagination all is permitted. Except the betrayal of club allegiance, that’s disgusting.

I was enjoying my macabre version of fantasy football, United, behind from the first leg and with some surprising first team omissions, most notably Wayne Rooney, were containing Real nicely. Xabi Alonso was occupied by Rooney’s replacement, Danny Wellbeck and unable to feed Cristiano Ronaldo. Imaginary United supporting me silently approved Sir Alex’s ingenuity.

They must know more than us

Football fans always query and second-guess the decisions of managers but I always return to the baseline certainty that they must know more than us. They must. The alternative is too terrifying; that mad, flawed, myopic boors are running our clubs. So if Theo Walcott isn’t being played through the middle at Arsenal that can’t be because it’s never occurred to Arsene Wenger.  Or if Matt Jarvis seems too deep to make an impact that can’t be because Sam Allardyce has never considered the alternatives at West Ham.

Impotent punditry though remains irresistible. Except perhaps at Old Trafford under the benevolent regime of Sir Alex. Now that his reign is over we are granted an almost posthumous perspective. I can just about remember his appointment in the 80’s; I would likely have enacted it through my voodoo Subbuteo rituals, which always had more peripheral theatricality than other boys. Managers were not provided by the manufacturers so I’d outsource the role to Star Wars figures. They were as disposable and interchangeable as their human counter parts and often more discerning in the transfer market. I can easily recall Ferguson’s early purchases; Gary Pallister from Middlesborough, Steve Bruce from Norwich and of course Paul Ince from West Ham. Me and video man, the man who rented videos out of his van (and sold weed I discovered a few years down the line when videos were no longer enough) discussed this last. He too was West Ham and he profanely schooled me in the breached etiquettes of Ince’s departure –“You don’t say you’ll sign a new contract then show up on the back pages in a Man U shirt”. 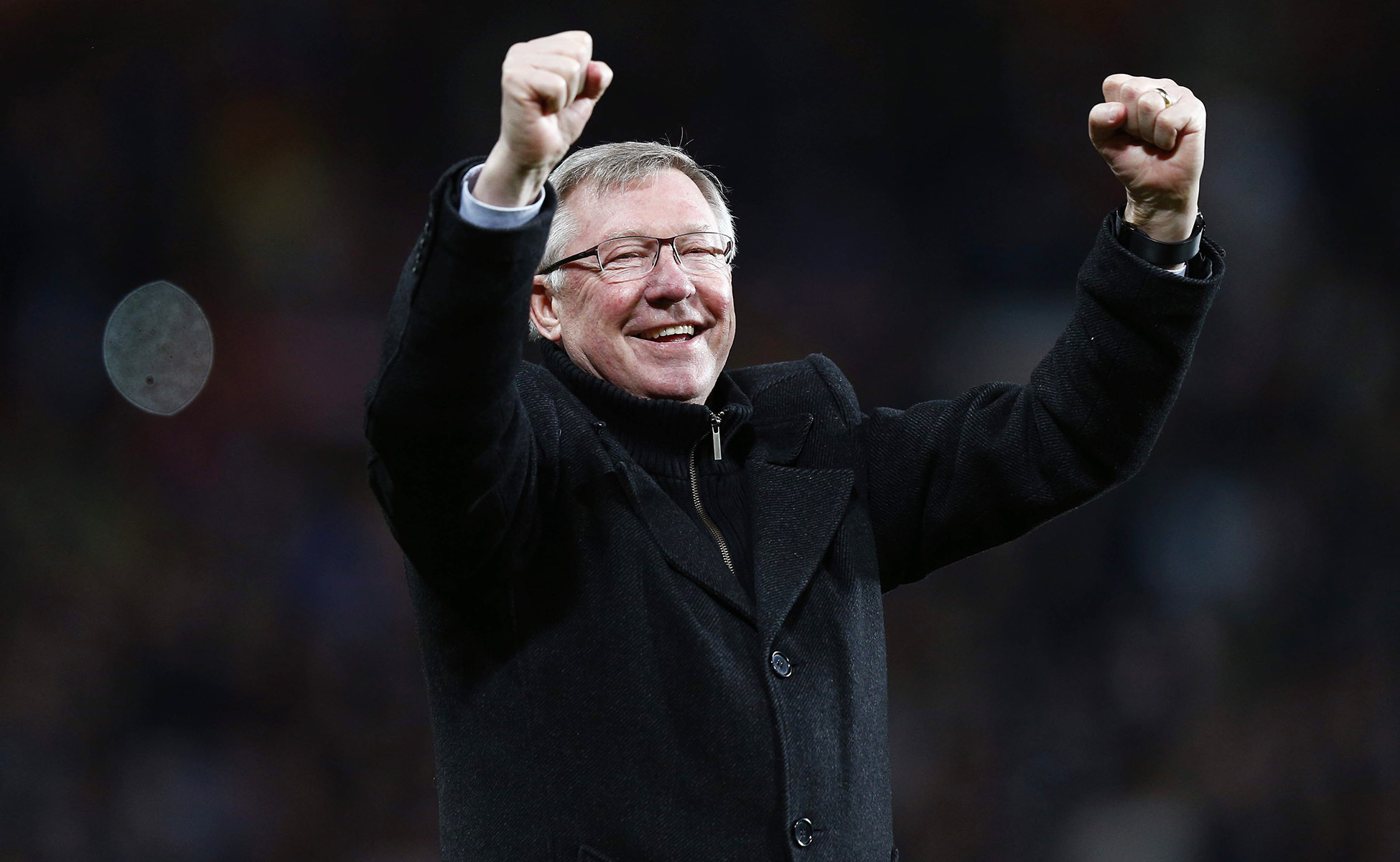 Ince remains irredeemable at The Boleyn Ground, this antipathy outlasting even Ferguson. John Lyall was manager of West Ham when the era of Sir Alex commenced, he’d been in charge for seventeen years when he was eventually fired, the league’s longest serving boss. Ferguson had only been in charge for three years and hadn’t won a thing, it was inconceivable then that we were observing a legend in genesis. Bill Shankley, perhaps the only comparable figure in the firmament’s famous refrain, that “football is not a matter of life and death, it is more serious than that” is true, football is a metaphor. It is a metaphor for war, adversity, unity and triumph. It is an amorphous, transcendent template through which we can understand our diffuse, convoluted reality.

West Ham United represent consistency, inconsistency power, powerlessness, joy and disappointment in my own silly little life. My erratic ever-shifting perspective, my continually altering circumstance can be managed and understood through my relationship with the club. Alex Ferguson is a unique figure in the football faith because he has defied many accepted regulations. For a start he’s been manager for ages in a profession in which men are mercilessly culled. He is a powerful, working class man who has remained true to his roots whilst adapting to the economic circumstances of his own life and that of his culture. Labour supporting son of a shipbuilder becomes New Labour donor and racehorse owner. Importantly I believe that Ferguson resonates at frequency that we rarely encounter in our anodyne culture of the perpetual present; he is a recognisable and identifiable tribal chief at a time when our political leaders look like equine prefects (Milliband) or painted eggs (Cameron). These are not men that we are biologically predisposed to follow; they are men that we will tolerate. Malcolm X first became a concern to the CIA when at a volatile Harlem protest, as the energy of the horde threatened to ignite, he from his makeshift pulpit, with a single gesture bid them to disperse. The observing officer said it was the efficiency of Malcolm X’s motion that evoked such terror. “If he just raises a hand and they all head home what if he tells them to fight?”

When, against Real Madrid, Nani was sent off, Ferguson, jaws agape, interrupting his incessant mastication, roared from the bench, uprooting his assistant and marched to the touchline. Then, with none of Brother Malcolm’s efficiency, he pumped his hands like Prospero summonsing the tempest, and at once the stadium stirred from somnolence and obeyed their leader and thundered with one, terrifying voice. Imaginary Manchester United supporting me was inspired. He recognised that this was no ordinary manager but a Chieftain Priest. This is why the emphasis at Old Trafford is on continuity rather than revolution, with Moyes as Bob Paisley and Scotland as some giant, rugged Anfield boot-room.

Ferguson’s potency must be bestowed, a hereditary successor appointed. If there could be a son selected from those available it would not be Darren Ferguson schooled at The Posh but David Moyes, stern and stoic, hewn if not from the same DNA, then the same rock, the same nation, the same mythic paradigm. Sir Alex has urged his followers not to call him Boss, to reserve that moniker for Moyes. He has appointed and anointed, given unto them his son, if not his flesh, his likeness. Fergie has subverted much in his two and a half decades of omnipotence, desecrating the face of Adonis with a projectile boot, alchemically balancing the Lords of capitalism that took over the club from his friend Martin Edwards.

He even made time itself his servant stretching games to a duration that meant his tribe could prevail. But Fergie time, unlike cosmic time is ultimately finite which is perhaps why we need icons, figureheads, Gods. They are our coordinates in the limitless morass. Our map back home, to a place where we have peace, free from injustice, a place where we are all United.