Skip to content
We Can Change Whatever We Want

We Can Change Whatever We Want

A mate who I trust said to me; “You know what this election boils down to? Who do you want to be protesting against on May 8th? Or whenever they finish counting, negotiating and posturing? David Cameron and a Tory coalition or Ed Miliband and one led by Labour?”

I suppose, implicitly my argument has always been – the Tories – let them wrench out the organs of the nation with such ferocity and contempt that usually phlegmatic people are dragged into the war against the establishment by the dreadful, eviscerating G-force.

The conservatives are such cinematic villains, the Etonian gits with their Freudian slips; the “West Villa United” supporting, “career-defining”, Darth Vader toffs. If you’re auditioning for heads on spikes “come the great day”, there’s no competition.

Like the fierce and exciting Nicola Sturgeon, or anyone with ears, I thought the difference between the two main parties was insufficient. Ed Miliband’s campaign manager, David Axelrod – a more appropriate name for a spin-doctor it’s difficult to imagine – he may as well be called Zach Huxter, is the bloke who delivered unto us Barack Obama; a tidal wave of potent promise that became a drab damp patch of disappointment. If that doesn’t induce a sigh of impotent lassitude you’ve got more “Yes We Can optimism” than Rolf Harris’s art dealer.

In the episode of The Trews in which I interviewed Ed Miliband there is no Damascene moment. I did not tumble back in a white beam of enlightened reverie, scales falling, realising that the Westminster machine, with a different pilot will serve ordinary people. We decided to endorse Labour before we approached them for the interview.

The simple truth is I don’t have a system of government to offer people on May 8th and neither does anyone else I’ve yet spoken to.

In the grand scheme of Revolution these are small problems, I agree, small problems that can be somewhat assuaged with the small solution of getting rid of the Tories.

Ultimately what I feel, is that by not removing the Tories, through an unwillingness to participate in the “masquerade of democracy”, I was implicitly expecting the most vulnerable people in society to pay the price on my behalf while I pondered alternatives in luxury.

The reason I didn’t suggest it sooner is because, twerp that I am, I have hope. I really do believe that real, radical change is possible that the tyranny of giant, transnational corporations can be ended, that ecological melt-down in pursuit of imaginary money can be arrested and reversed, that an ideology that aspires to more than materialism, individualism and profit can be realised and practiced.

People that know a lot more about this than me, and probably you, advised me that we’ll be better off rucking with a Labour government than a Conservative one – if that strikes you as a pitiful choice, more sympathetic I could not be – but some people are facing much worse dilemmas than reneging on a puritanical political stance.

Does this country need a radical new political movement? An equivalent of Syriza in Greece or Podemos in Spain? It feels like it does and when the next administration fails to deliver because of the limitations of parliamentary politics I’ll happily participate in setting it up. With you. 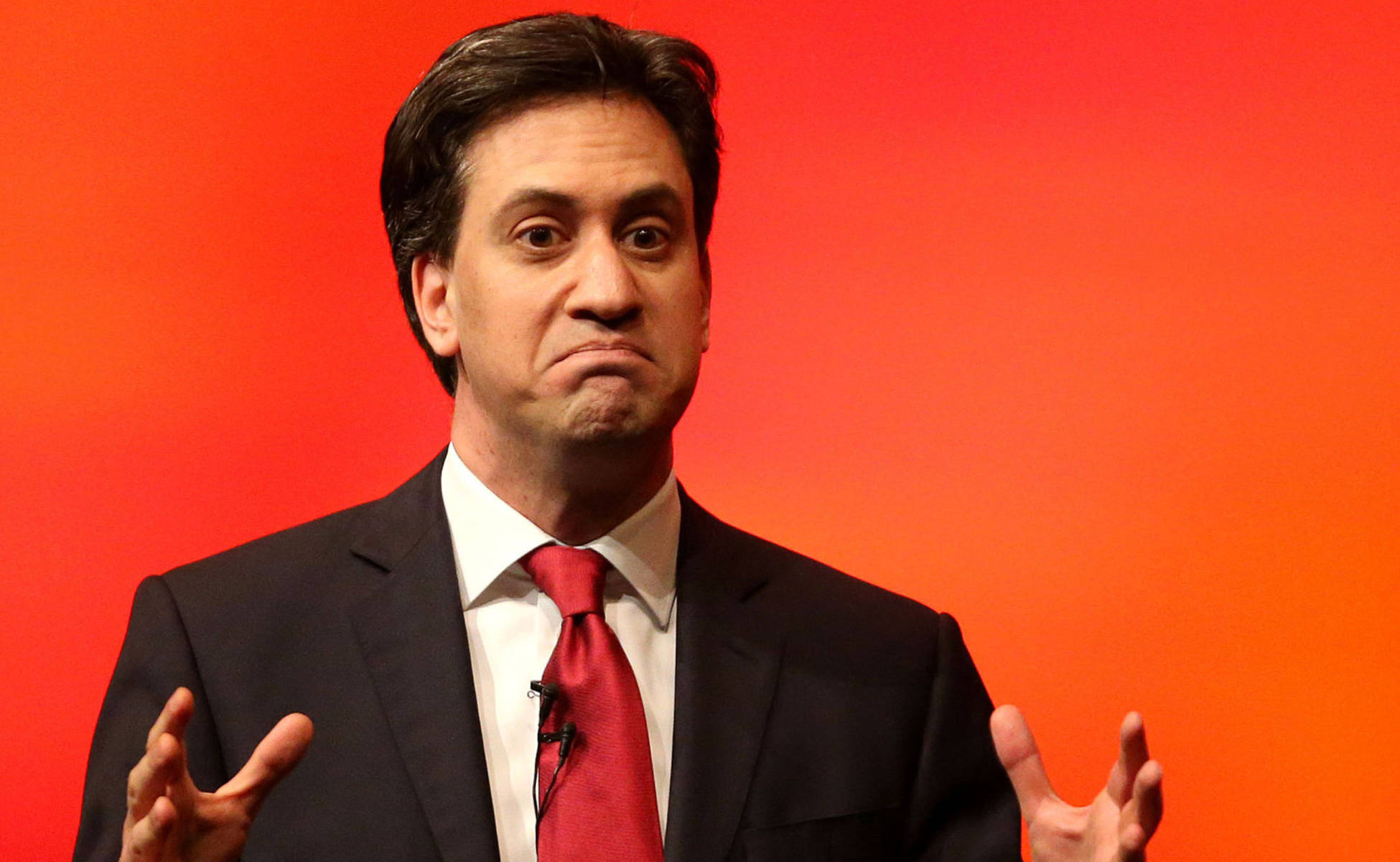 Do we need an international confederation of new political alliances that are committed to real change, real democracy, a revolutionary alternative to capitalism?  That can challenge the IMF, WTO, WBO and all the other global acronyms so portentous and phony they may as well be the wrestling federations they sound like? Of course we do, my schedule’s pretty clear, I’ll join in. Will you?

What Ed Miliband said on The Trews that seemed positive is that his government will be responsive to activism and campaigning. That will be pretty easy to evaluate quickly. Are media monopolies being broken up? Are the urgently needed houses being built? Is austerity continuing? Is the NHS still being privatised? Are we still blaming immigrants, the disabled and disadvantaged for massive economic problems that they can’t have created? Is domestic policy being dictated by unelected elites in the financial and corporate world?

If the answer is yes then you know that democracy in its current form is near redundant, that we are not offered reasonable alternatives and that parties that try to, like the Greens are stymied to the point irrelevance by ancient electoral architecture.

My position will not have changed on May 8th, I’ll be doing my best to amplify movements I believe in, from housing, to trade unions, football fan campaigns, social enterprises, digital activism, student occupations, organic agriculture, crypto-currencies; the same things I’m doing today, the things I’ve been learning about for the last 18 months; since I said I don’t vote on the telly.

My recommendation that people vote Labour is an optimistic punt that the degeneration of Britain will be slowed down and the lives of the most vulnerable will be a little more bearable than they’d’ve been under the Tories. Nothing more ambitious than that.

It will take serious activism, committed action comparable to the sacrifice of those whose memories are continually evoked as a spur for us to vote. The women who died for that right, the people all over the world branded terrorists and imprisoned or executed for demanding democracy.

I fully understand that real change, real democracy is not something that can be palmed off in a booth twice a decade, a crossed box and crossed fingers. Democracy is for life, not just elections.