Skip to content
Russell Brand on Amy Winehouse: ‘We have lost a beautiful, talented woman’

Russell Brand on Amy Winehouse: ‘We have lost a beautiful, talented woman’

When you love someone who suffers from the disease of addiction you await the phone call. There will be a phone call. The sincere hope is that the call will be from the addict themselves, telling you they’ve had enough, that they’re ready to stop, ready to try something new. Of course though, you fear the other call, the sad nocturnal chime from a friend or relative telling you it’s too late, she’s gone.

Frustratingly it’s not a call you can ever make it must be received. It is impossible to intervene.

I’ve known Amy Winehouse for years. When I first met her around Camden she was just some twit in a pink satin jacket shuffling round bars with mutual friends, most of whom were in cool indie bands or peripheral Camden figures Withnail-ing their way through life on impotent charisma.

Carl Barât told me that Winehouse (which I usually called her and got a kick out of cos it’s kind of funny to call a girl by her surname) was a jazz singer, which struck me as a bizarrely anomalous in that crowd. To me with my limited musical knowledge this information placed Amy beyond an invisible boundary of relevance: “Jazz singer? She must be some kind of eccentric,” I thought. I chatted to her anyway though, she was after all, a girl, and she was sweet and peculiar but most of all vulnerable.

I was myself at that time barely out of rehab and was thirstily seeking less complicated women so I barely reflected on the now glaringly obvious fact that Winehouse and I shared an affliction, the disease of addiction. All addicts, regardless of the substance or their social status share a consistent and obvious symptom; they’re not quite present when you talk to them. They communicate to you through a barely discernible but unignorable veil. Whether a homeless smack head troubling you for 50p for a cup of tea or a coked-up, pinstriped exec foaming off about his speedboat, there is a toxic aura that prevents connection. They have about them the air of elsewhere, that they’re looking through you to somewhere else they’d rather be. And of course they are. The priority of any addict is to anaesthetise the pain of living to ease the passage of the day with some purchased relief.

From time to time I’d bump into Amy she had good banter so we could chat a bit and have a laugh, she was a character but that world was riddled with half-cut, doped-up chancers, I was one of them, even in early recovery I was kept afloat only by clinging to the bodies of strangers so Winehouse, but for her gentle quirks didn’t especially register. 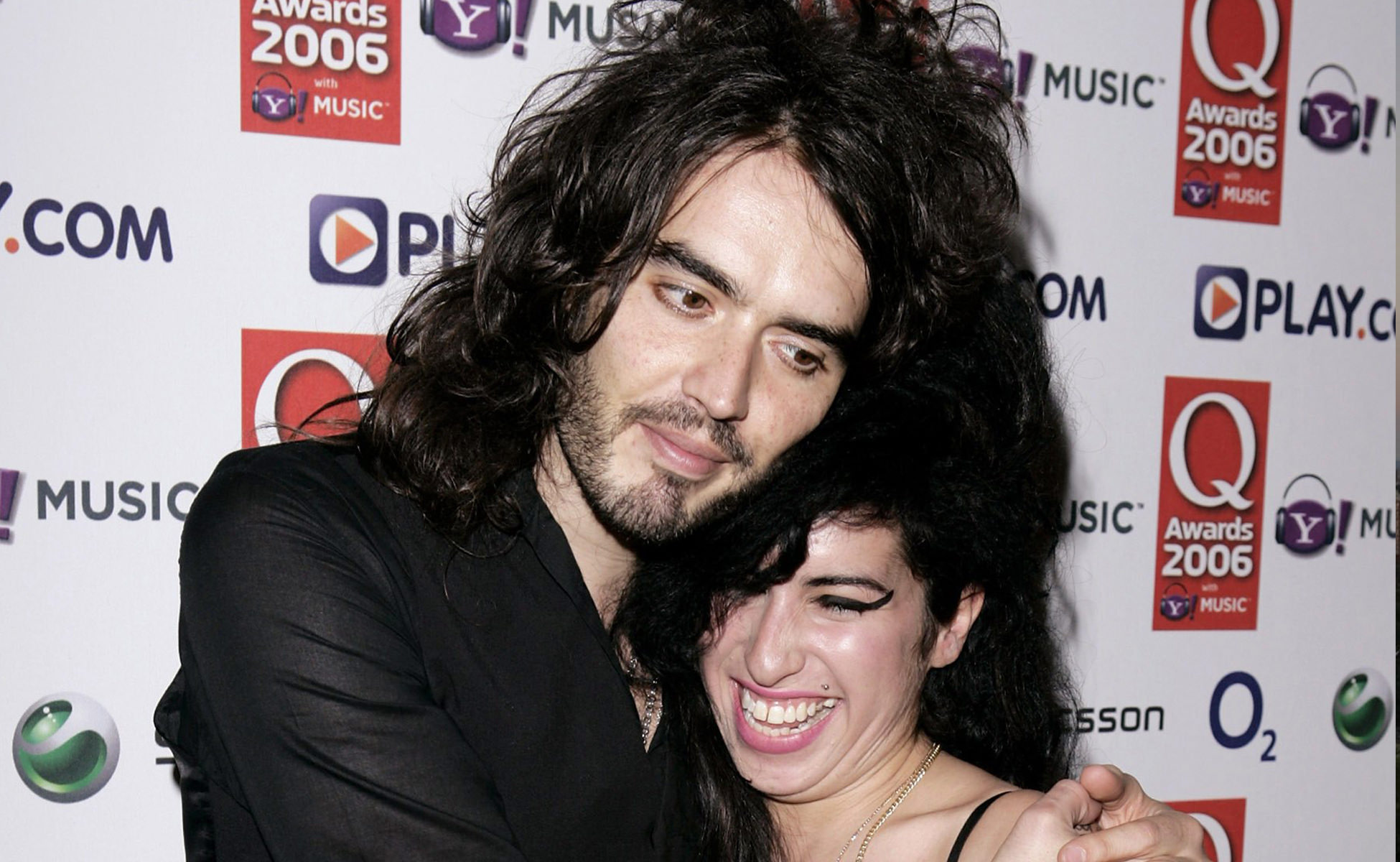 Then she became massively famous and I was pleased to see her acknowledged but mostly baffled because I’d not experienced her work. This not being the 1950s, I wondered how a jazz singer had achieved such cultural prominence. I wasn’t curious enough to do anything so extreme as listen to her music or go to one of her gigs, I was becoming famous myself at the time and that was an all consuming experience. It was only by chance that I attended a Paul Weller gig at the Roundhouse that I ever saw her live.

I arrived late and as I made my way to the audience through the plastic smiles and plastic cups I heard the rolling, wondrous resonance of a female vocal. Entering the space I saw Amy on stage with Weller and his band; and then the awe. The awe that envelops when witnessing a genius. From her oddly dainty presence that voice, a voice that seemed not to come from her but from somewhere beyond even Billie and Ella, from the font of all greatness. A voice that was filled with such power and pain that it was at once entirely human yet laced with the divine. My ears, my mouth, my heart and mind all instantly opened. Winehouse. Winehouse? Winehouse! That twerp, all eyeliner and lager dithering up Chalk Farm Road under a back-combed barnet, the lips that I’d only seen clenching a fishwife fag and dribbling curses now a portal for this holy sound.

So now I knew. She wasn’t just some hapless wannabe, yet another pissed-up nit who was never gonna make it, nor was she even a ten-a-penny-chanteuse enjoying her fifteen minutes. She was a fucking genius.

Shallow fool that I am, I now regarded her in a different light, the light that blazed down from heaven when she sang. That lit her up now and a new phase in our friendship began. She came on a few of my TV and radio shows, I still saw her about but now attended to her with a little more interest. Publicly though, Amy increasingly became defined by her addiction. Our media though is more interested in tragedy than talent, so the ink began to defect from praising her gift to chronicling her downfall. The destructive personal relationships, the blood-soaked ballet slippers, the aborted shows, that YouTube madness with the baby mice. In the public perception this ephemeral tittle-tattle replaced her timeless talent. This and her manner in our occasional meetings brought home to me the severity of her condition.

Addiction is a serious disease; it will end with jail, mental institutions or death. I was 27 years old when through the friendship and help of Chip Somers of the treatment centre Focus 12 I found recovery. Through Focus I was introduced to support fellowships for alcoholics and drug addicts that are very easy to find and open to anybody with a desire to stop drinking and without which I would not be alive.

Now Amy Winehouse is dead, like many others whose unnecessary deaths have been retrospectively romanticised, at 27 years old. Whether this tragedy was preventable or not is now irrelevant. It is not preventable today. We have lost a beautiful and talented woman to this disease. Not all addicts have Amy’s incredible talent. Or Kurt’s or Jimi’s or Janis’s. Some people just get the affliction. All we can do is adapt the way we view this condition, not as a crime or a romantic affectation but as a disease that will kill.

We need to review the way society treats addicts, not as criminals but as sick people in need of care. We need to look at the way our government funds rehabilitation. It is cheaper to rehabilitate an addict than to send them to prison, so criminalisation doesn’t even make economic sense. Not all of us know someone with the incredible talent that Amy had but we all know drunks and junkies and they all need help and the help is out there. All they have to do is pick up the phone and make the call. Or not. Either way, there will be a phone call.